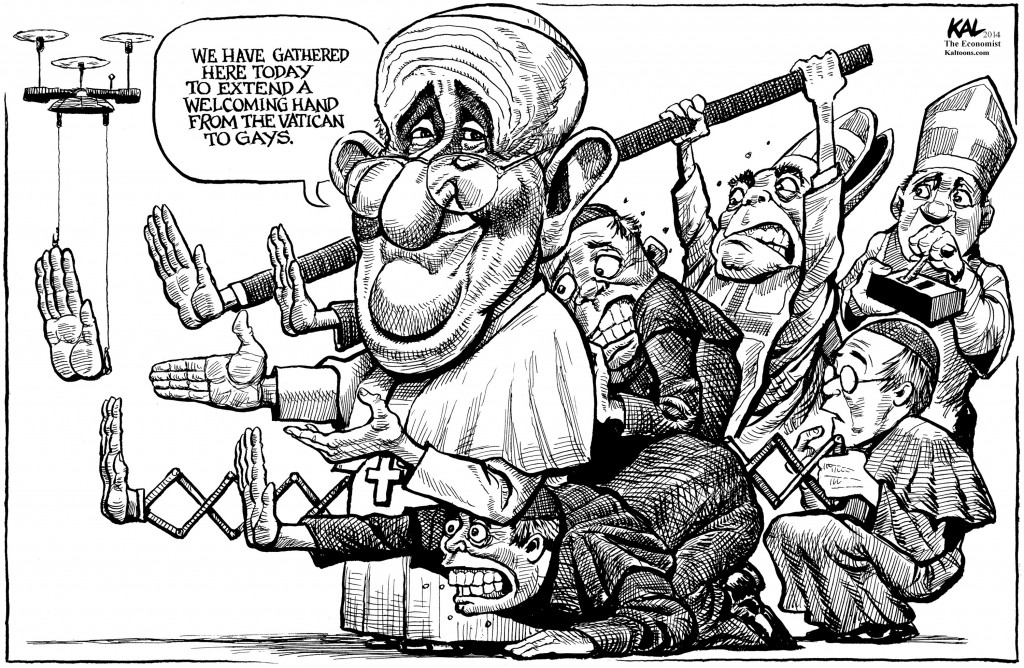 I am delighted to announce that I have won the award for cartoon of the year in Europe in 2014. Here’s the press release and the winning entry:

The Grand Prix Press Cartoon Europe 2015 was won by Kevin Kallaugher (KAL) with a cartoon published in The Economist on the 18th of October 2014 . The European cartoon of the year was selected from over 400 published works from 151 cartoonists in 26 countries. The winner receives a cash prize and a bronze trophy, designed by Belgian graphical artist Ever Meulen.